Each year, cancer affects more Then 10 million people worldwide, and kills 6 million without effective control of the Disease , these figures will increase Significantly, With the most marked rise occurring in the developing countries. According to a study published by the lancet ( March 2012) 556 Lakh cancer Deaths (6% of all deaths) were reported in India in 2010, with Over 71% of the deaths being in the productive age group 30-69 year. There search also showed that contrary to popular belief cancer affects people equally in both rural and urban areas.

Bihar & Jharkhand had the highest incidence of cancer among the Indian states it has been reported that tobacco usage accounted for 52% of cancers among men, and 20% among women . 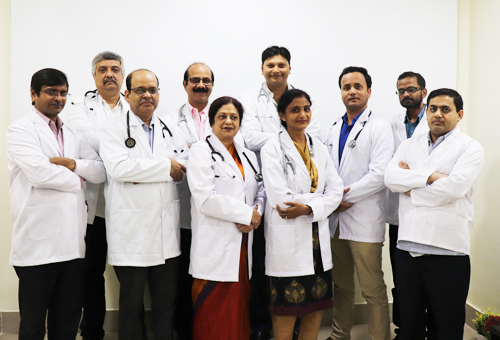 This indicates that most of the cancers in India are preventable with lifestyle modification. There is a need focus on creating greater awareness on the harmful effects of tobacco usage India lags behind other developing nations in many health categories, including infrastructure to provide medical Care For Cancer patients. Health care in India has to be viewed in the backdrop of unregulated growth of the private sector and limited public health care facilities leading to a near total eclipse of availability and accessibility of universal and comprehensive health care.

The biggest impediments to dealing with the high incidence of cancer in India are inadequate medical infrastructure for cancer screening & treatment, the lack of Awareness Amongst the General Public and very high cost of treatment which makes it inaccessible to large sections of the population. The delay in diagnosis leads to increase in mortality and 80% of cancer patients present with advanced stage of the disease there by requiring palliative care.

The public sector hospitals are more widespread (around 60%), but the budgetary allocation of 1% of the GDP, is insufficient to even service the existing infrastructure. The private sector has been growing for the last 15 year and accounts for an estimated 95% of new hospital Beded that have been added In this period while the affluent and the urban middle- class with a capacity to pay have been catered by mushrooming private health care providers and corporate hospital Groups .

The economically weaker sections of the society are dependent on the trust hospital and NGOs .

Not-for profit trust hospital established by various NGOs, Missionaries and religious group have a significant presence in India and have over the year played a key role in bridging the health care gap particularly for the under-privileged. The health care trusts infrastructure is very wide and ranges from 5-beded nursing homes to 500-BEDED teaching and super –specialty hospital some of the most respected health care organizations in India like the Tata memorial Hospital –Mumbai, Mahavir cancer hospital- Patna, Christian Medical College – Vellore , and Sri Satya Sai trust hospital- Bangalore are all run by various trusts with a non- profit motive .

However, there exists a huge demand-supply gap particularly in the field of cancer care in India. There is a pressing need to increase the number of cancer hospital in the country particularly in the non-metro cities where the population suffers due to lack of awareness and non-availability of comprehensive cancer Hospitals .

The health care services in the state are predominantly centered on the medical college there are many small and medium sized hospitals in the state which provides secondary care. There is a cobalt therapy unit in the medical College, however it is not able to meet the demand in the region owing to equipment break-downs and lack of qualified manpower people in the states are dependent on other state for their health care needs .

Radha Ballabh Health care & Research institute Private Limited propose to establish a 150 beded cancer & multispecialty hospital with palliative care, Medical, surgical and radiation oncology facilities . the hospital is to be located in Patna at an estimated project cost of INR 4396 . 18 lakhs. The project will be a profit hospital and self sustained with cash generated from its operation. The proposed hospital will serve the state of Bihar Jharkhand & Nearby states, where there are only few specialized cancer care centres.

Why People Choose Us

The Department of Trauma and Emergency Medicine has refined protocols to deliver best available care when our patients need it most. Read more...

Life is uncertain and sometimes you need immediate medical assistance due to an accident or sudden attack on any of your organs. In our quest to treat such medical eventualities in emergency situations, Read more...